The Polish culture institute in France says it believes a previously unknown photograph of composer and pianist Frederic Chopin has probably been found by private researchers – and if it’s true – it would be only the second confirmed photographic image of him.

The Polish Institute in Paris says on its website that a photo of a Daguerreotype image was found by Swiss physicist Alain Kohler – who says he  found it in the private collection of a musician in Switzerland. 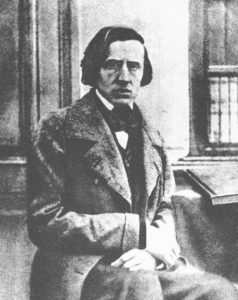 Kohler says the Daguerreotype was made around 1847 by Paris-based artist Louis-Auguste Bisson – who took the only confirmed photo of Chopin.

Kohler says now the original Daguerreotype needs to be found – so experts can  confirm whether it is indeed an image of Chopin.

The piano virtuoso was born to a Polish mother and a French father in 1810 in  central Poland.

At the age of 19, he left Warsaw for Vienna and then for Paris – where he composed, gave concerts and taught.