An Amber Alert for a 15 year old girl has been issued by Peel Regional Police. The victim is identified as Alyssa Langille, abducted yesterday afternoon in Mississauga. 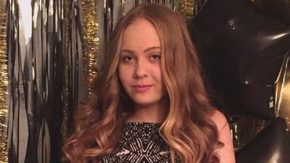 She was wearing a grey sweater, grey sweatpants, and black and red Air Jordan running shoes.

One suspect is described as South Asian, about 24 years old, 6-feet-2 inches tall with a thin build.

He was wearing an orange coloured turban, grey sweater with cut off sleeves and a green shirt underneath

The second suspect is described only as a South Asian male with black hair.

Peel Regional police say a witness reported seeing two men force the girl into a mini-van early yesterday afternoon and then drive off.

The van is described as an older model grey or silver Honda Odyssey with tinted rear windows.

Anyone with information is asked to call 911 or Peel Regional Police.