Hayley Wickenheiser has retired from hockey after 23 years on Canada’s women’s team.

The 38-year-old from Shaunavon, Saskatchewan announced her retirement today. 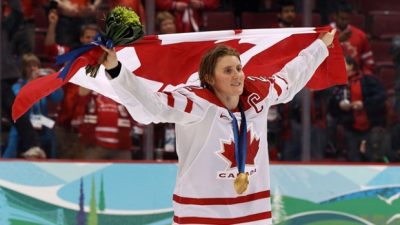 Wickenheiser  was named the most valuable player of the Olympic women’s hockey tournament in 2002 and 2006.

She  played in her 13th women’s world championship last year in Kamloops, B.C. – and she was also the first woman to score a goal in men’s professional hockey – when she played in Europe.