Turkish investigators say they have clues about the suspect who killed 39 people and injured nearly 70 others New Year’s Eve at a popular nightclub in Istanbul. 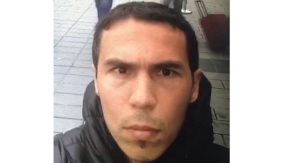 Turkish media have run a “selfie video” of a man they say is the gunman.

The video broadcast on Turkish television today shows the alleged gunman filming himself at Taksim square. It wasn’t immediately clear if it was filmed before or after the New Year’s massacre.

The Islamic State Terror group has claimed responsibility for the attack. The group says Christian revellers were targeted in response to Turkish military operations against ISIS in northern Syria.

Among those killed was a Canadian woman, identified by Global Affairs Canada as 29-year-old Alaa Al-Muhandis.

A friend says the married mother of two from Milton had just launched her own event-planning business.