A dark chapter in the history of the RCMP is expected to come to an end today.

RCMP Commissioner Bob Paulson is set to announce a major settlement of hundreds of complaints of sexual harassment at a reported cost of more than 10 million dollars. 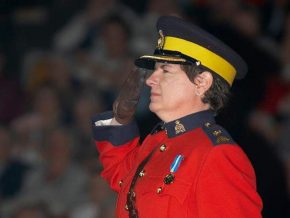 Paulson took over in 2011 as the Mounties were struggling to deal with hundreds of cases of sexual harassment involving women officers who complained of abuse at the hands of colleagues and superiors. In 2013, he said the force suffered from cultural dysfunction and told a parliamentary committee he was pushing a zero tolerance policy toward sexual harassment.

Former Mounties Janet Merlo and Linda Gillis Davidson are expected to be with Paulson for today’s announcement. Both filed lawsuits saying they suffered bullying, harassment and systemic discrimination over 20 years as officers. Hundreds of other women came forward with similar complaints.