It’s come to light that an Ontario registry designed to protect patients who rely on personal support workers was failing to conduct sufficient background checks and so was shut down this past January. 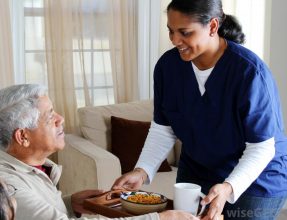 A published report says the registry was discontinued after Health Minister Dr. Eric Hoskins received a report that exposed alarming shortfalls in its administration.

The report revealed the agency failed to conduct sufficient background checks, including vetting the criminal, education and employment records of more than 30,000 personal support workers whose names appeared in the online data base.

The registry was run by the not-for-profit Ontario Community Support Association. CEO Deborah Simon says her team did the best they could to realistically manage with the resources and timeline assigned to them. She also says certain parts of the report are inaccurate or lack context to the point of being misleading.

When then Health Minister Deb Matthews announced plans to launch the registry in 2011 she promised it would promote greater accountability and transparency. Clients and family caregivers were encouraged to use the registry to inform their hiring decisions.