A large-scale mountain masterpiece by Lawren Harris is heading to the auction  block – fresh off a hugely successful exhibition spearheaded by Steve Martin – which was recently at the Art Gallery of Ontario. 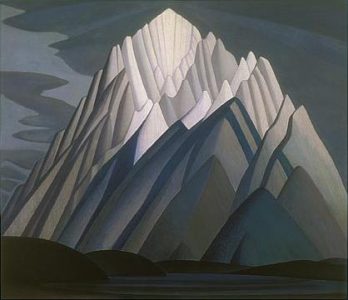 Heffel Fine Art Auction House says it will feature Mountain Forms by the Group of Seven leader – at its upcoming fall live auction in November.

The commanding work is about 1.5 metres tall and 1.8 metres wide.

It was painted in 1926 and depicts Mount Ishbel in Alberta’s Rocky Mountains. The oil-on-canvas work is expected to fetch between $3 million and $5 million.

The painting comes from the collection of Imperial Oil – which has reduced its art holdings in recent years.