It was 50-years ago today that TV audiences got to look into the future with the television debut of Gene Roddenbury’s “Star Trek.” 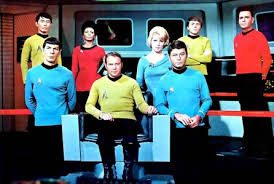 “Trekkies” will want to circle December 13th on the calendar.  That the day “Star Trek: The Original Series:The Roddenberry Vault” is being released on Blu-ray.
The release touts unprecedented access to never-before-seen footage from the original “Star Trek which starred Canadian Zoomer Willliam Shatner as  Captain James T. Kirk.