It’s an extreme weight loss method, but it appears to work.

A ten year study on weight loss has found that gastric bypass surgery is the most effective method than those who use non-surgical means. 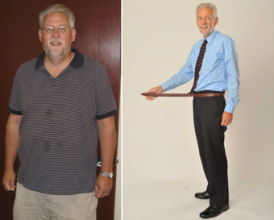 Researchers compared 500 patients who received different procedures and followed them for 10 years to track weight change.

Of the patients, 71 percent lost more than 20 per cent of their original weight and nearly 40 percent had lost 30 percent of their weight by ten years.

You can read about the research in JAMA Surgery.