She had an impact on cultural icons like Audrey Hepburn and Marge Simpson and billions of women around the world. 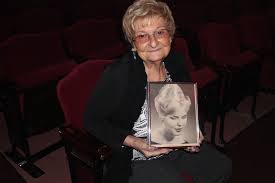 Margaret Vinci Heldt, the Chicago-area Zoomer hair styling legend, credited with creating the beehive hair do in 1960, has died at the age of 98.

The beehive, a tall, conical woman’s hairstyle, became a cultural phenomenon during the 60’s and evolved into a style worn for decades by Hollywood’s starlets walking the red carpet.

Heldt created the “Beehive” on the request of a hair styling magazine that published images of it in February 1960.  Its name came from its resemblance to the shape of a traditional hive.
Margaret Vinci Heldt was 98.