The creator of the iconic music from Superman, Jaws and Star Wars was honoured last night by the American Film Institute. 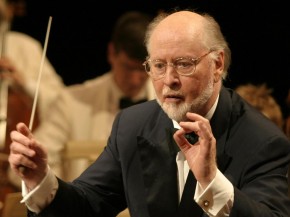 John Williams is the first composer to receive AFI’s Life Achievement Award. He has scored more than 100 movies and received an astounding 50 Oscar nominations.

Longtime collaborators Steven Spielberg and George Lucas were among the luminaries celebrating Williams’ career at a black-tie dinner gala set to air as a TV special Wednesday night on TNT.