A veteran member of the Ontario legislature is set to become the first official candidate to replace Tom Mulcair as leader of the federal New Democratic Party. 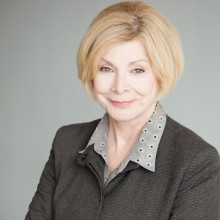 Cheri DiNovo told The Canadian Press last night that she will declare her candidacy in her Toronto riding of Parkdale-High Park this morning.

A United Church minister, DiNovo was first elected in a 2006 byelection.

She is a champion of social justice issues and successfully campaigned to amend the Ontario Human Rights Code to include gender identity and expression, and introduced a bill to give same sex couples the same parental rights as male-female couples.

Tom Mulcair announced his resignation last month after 52 per cent of delegates at a party convention in Edmonton voted for a leadership review.

Voting to select the new NDP leader will take place in the fall of 2017.