THE DONALD TAKES AIM AT CANADA THROUGH NAFTA

Donald Trump has taken aim at a trade deal with Canada, calling it the worst in the world. 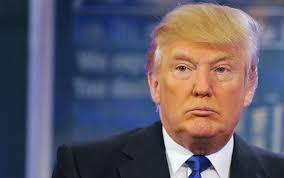 The Presumptive U.S. Republican presidential candidate notes that the North American Free Trade Agreement was signed by former U.S. President Bill Clinton and is supported by his wife Hillary, who is presumed to be the eventual Democratic nominee for president.Trump says she doesn’t understand trade.

Prime Minister Justin Trudeau sounded a bit taken aback by Trump’s latest comments.  Speaking at a news conference in Ottawa, Trudeau maintained that during election campaigns there’s always rhetoric around protectionism that tends to dissipate once the election has come and gone.