SOME TORY MP'S WANT AMBROSE TO BE ALLOWED TO RUN

Thanks, but no thanks.

That’s essentially the reaction from interim Conservative leader Rona Ambrose – to a new campaign to change the rules – so she can run for permanent leadership of the party. 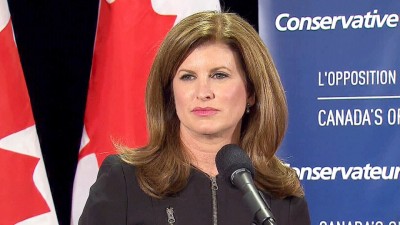 Some Tory MPs have launched a drive to re-open the party’s constitution and re-jig the rules that forbid interim leaders from running for the top job.

The move caught many others in caucus off guard. But one of the campaign’s organizers says that was deliberate – because Ambrose didn’t ask for the changes – and they didn’t want people to think she was behind it.

Some MPs say Ambrose has excelled as interim leader and the party should capitalize on her efforts.

But her spokesman says – while Ambrose appreciates that – her decision not to seek the position was made when she chose to run for interim leadership – and that won’t change.