HARRIS WORKS COMING UP FOR AUCTION

Three paintings by Lawren Harris are being offered at an upcoming auction. 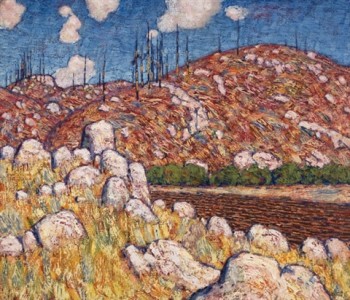 Heffel says the painting is considered to be “a foundation work for the establishment of the Group of Seven.”

Three Harris paintings that were sold at a Heffel auction last year far surpassed pre-sale estimates – and went for about $9.5 million.

Works by all of the original members of the Group of Seven are also on the auction block at the spring sale- along with paintings by Emily Carr and a post-war canvas by the official war artist E.J. Hughes.