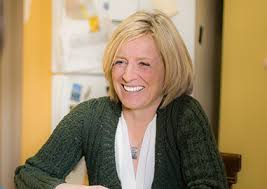 Notely used a province wide TV address last night to try and build a consensus on the Energy East pipeline.

The premier called on the the federal government and other stakeholders to get behind the pipeline which would carry oil from Alberta to ports and refineries in New Brunswick to the be shipped overseas for better financial returns.

The project is delayed while Quebec seeks a more detailed account of the proposed pipeline and its environmental effects.

The Alberta economy has been devastated by the collapse of world oil prices.