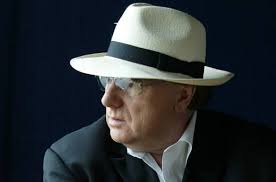 The 70-year old Zoomer legend was knighted by Prince Charles at Buckingham Palace.  Morrison’s daughter accompanied him to the ceremony and he says on his web site that they both thoroughly enjoyed the experience.

Morrison is the winner of six Grammy awards and is a member of the Order of the British Empire and the Songwriters Hall of Fame.