Conductor Kurt Masur is dead at the age of 88. Credited with helping to prevent East Germany from slipping into violence during the fall of communism and reinvigorating the New York Philharmonic, Masur had been its music director from 1991 through 2002. Philharmonic 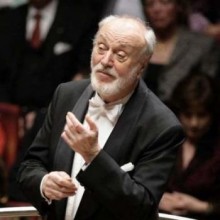 resident, Matthew VanBesien says Masur’s 11 year tenure was one of the longest in Philharmonic history. He added, It set both a standard and left a legacy that lives on today.