The finance minsters of the permanent and non-permanent members of the United National Security Council have adopted a resolution aimed at crippling Islamic State finances. 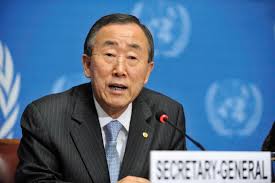 UN Secretary General Ban Ki Moon says the world needs to be one step ahead of the terrorists.  The resolution is aimed at stopping the Islamic State from financing itself through the sale of oil or looted antiquities.

Meantime, the Canadian military says none of its elite commandos suffered any causalities as they joined Kurdish fighters in a clash with Islamic State terrorists in Northern Iraq.

Major-General Charles Lamarre calls it the biggest operation involving the 69 Canadian troops since they arrived in the region a year and a half ago to train the Kurdish fighters.