The 35 year mystery surrounding a stolen Stradivarius violin is about to be solved. 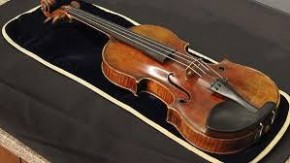 The violin was stolen from renowned violinist Roman Totenberg after a performance in 1980. The late musician’s daughter says she’s been informed by the FBI that the violin had been found, the chief suspect has died so no one will be charged, but the violin will be returned to the family.  Federal prosecutors in New York plan to announce details of the recovery at a news conference today.  Roman Totenberg, was a native of Poland.  He bought the Stradivarius in 1943 and performed with it exclusively until it was stolen.  He died three years ago at age 101.