Officials at a Maine playhouse say veteran actor Valerie Harper has been hospitalized after falling ill before a performance. 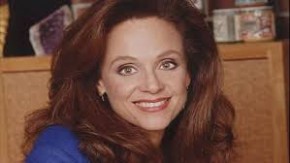 The 75-year-old actress, who has battled cancer, was taken to a hospital before the evening performance of “Nice Work If You Can Get It.”  A statement says she’s “resting comfortably and will remain in the hospital for observation for the time being”.  Harper has had a number of roles on Broadway, the big screen and TV. She’s well known for her role as Rhoda Morgenstern on “The Mary Tyler Moore Show.”