Uber has now set up shop in more than 25 Canadian cities including Ottawa, Edmonton, Montreal and is offering free Uber X services in places like London, Kitchener -Waterloo, Hamilton and Guelph for free until Sunday. This as the company is hit with a $400 million class-action lawsuit on behalf of cab and limousine owners and drivers in Ontario. 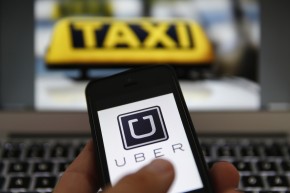 The Lawyer who filed the suit says the intention is to provide redress for the licensed taxi  and limousine drivers who are losing money to Uber.   The suit alleges Uber is operating its ride-hailing service even though drivers are not licensed as required by the Highway Traffic Act.  It seeks $400 million in compensatory damages, $10 million in punitive damages and an injunction prohibiting UberX from continuing to operate in the province. Toronto recently lost a court case against Uber when a judge ruled there was no evidence the company was operating as a taxi broker or that it breached city bylaws.  An Uber spokeswoman calls the suit protectionist and without merit.