CATTRALL RETURNS TO THE LONDON STAGE 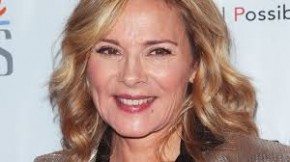 Canadian actress Kim Cattrall is returning to the London stage in London in a new play set in the “vicious” world of the beauty industry.  The 58-year old, who was born in England and raise in Canada, is best know for her role as Samantha Jones in the TV series and movies “Sex and the City”.  In London, Cattrall will take the title role in “Linda”, playing a top marketing executive with a beauty company who realizes her career has hit a brick wall.  “Linda” is described as a bold and beautifully writren play.  It debuts at the Royal Court November 25th.