A lawsuit filed by Kathleen Wynne against former Conservative leader Tim Hudak and Tory MPP Lisa MacLeod has been resolved.

The three of them released a joint statement Thursday afternoon. 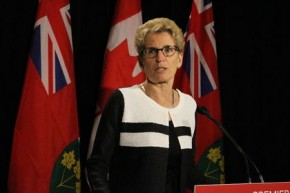 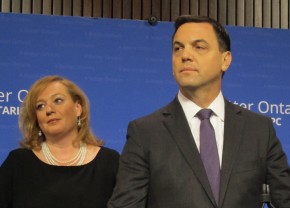 ”Politics is an honourable calling. Without exception, the men and women we’ve had the privilege to work with in the Ontario Legislature are good people, driven by a desire to improve their communities and our province.

Day in and day out all MPPs serve the public they were elected to represent, often at great sacrifice to themselves and their families.

Politics is not for the thin skinned. Our British parliamentary system encourages conflict. Elected MPPs are divided into a “government” and a loyal “opposition”. Under this system conflict is essential; it helps keep our governments accountable in an open and public forum. It’s a system that has served our country and province well.

However, our system also requires that politicians act honestly and based on fact, while respecting the views of others. While politics exposes differences of opinion, more often than not those opinions differ over HOW we should achieve our goals, and NOT the goals themselves.

Our shared experience is that politicians, regardless of political stripe, share the desire to make their province and country a better place to live, work and raise a family. That is why all Members are to be considered “honourable” and, in the Legislature, motivations are by rule beyond reproach.

In the lead up to the last election the debate went beyond differences over our approach and at times became personal. The lawsuit between us, and the comments that led to it, did not reflect our view that the other is in fact a great mother / father, an honourable person and a dedicated public servant.

As colleagues and as political adversaries, we will continue to pursue and debate all relevant issues in the Ontario Legislature and other appropriate venues, but we are pleased to put our legal battles behind us and to issue this public reminder to everyone involved in politics that even though politicians disagree, politics is at its best when conducted in open and free debate based on respect and honesty.”

The premier launched a $2-million suit in April 2014 after Hudak and MacLeod said Wynne oversaw and may have ordered the destruction of documents related to cancelled gas plants in Oakville and Mississauga.

Wynne later said all she wanted was an apology, while MacLeod said he was trying to muzzle critics.