On the second last day as chief of the country’s largest municipal police service, Bill Blair already knows where he’ll be spending some of his retirement. 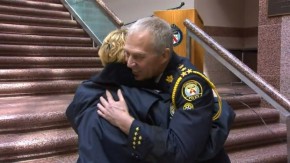 As he exchanged goodbyes with uniformed and civilian employees at headquarters, he talked about joining The Scarborough Hospital Foundation board of directors.