Finance Minister Charles Sousa says the $131.9-billion spending plan will be ”one of the largest infrastructure investments in Canada since the Last Spike was driven, completing the Canadian Pacific Railway”. 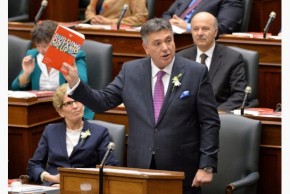 The Mississauga South MPP says gridlock’s not a Toronto problem, that everyone from Bomanville to Brampton to Burlington knows how hard it is to get around the Greater Toronto and Hamilton Area in rush hour.

Sousa says government after government’s delayed investing in infrastructure and with gridlock costing the economy up to $11-billion a year in the GTHA, adds we cannot afford anymore delays.

Supermarket beer sales and the sell-off of Hydro One will go toward the Liberal’s $130-billion, 10-year infrastructure plan. 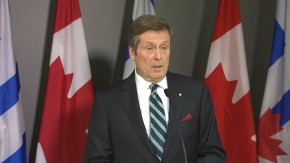 ”Toronto needs a strong equal partner to deliver SmartTrack and today’s budget confirms we have such a partner,” said the mayor.

$130-billion for infrastructure over 10 years

Beer to be sold in 450 grocery stores

3-cents-a-litre beer tax in the fall

Insurance discount for motorists who use snow tires

With a deficit he hopes to eliminate by 2017-18, the Liberals are limiting average annual increase on health to 1.9% and on education to 2% over the next few years.

Opposition is predictably not impressed. 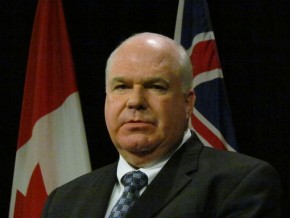 Interim PC Leader Jim Wilson says the government’s spending spree is not sustainable and predicts there will be future tax increases. 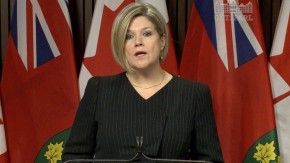 Susan Eng of CARP – A New Vision of Aging – calls it a stand pat budget with little to help Zoomers but notes the government extends a 3-year, $750-million program to boost homecare.