Jean-Louis Cremieux-Brilhac, a Jewish member of the French Resistance in charge of propaganda during World War II, has died at his Paris home.

No word on the cause. 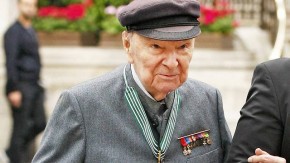 The 98-year old Cremieux-Brilhac lived history as a soldier and director of Free France wartime radio reports from England.

He was born Jean-Louis Cremieux in a Paris suburb, into a Jewish family that had lived in southeastern France for centuries.

His code name ”Brilhac” was added after he became a resistance fighter, joining with a movement of anti-fascist intellectuals in France in the 1930s.

President Francois Hollande said in a statement, Cremieux-Brilhac was a ”hero” of the French fight against Nazism.