$6 MILLION FOR THOUSANDS OF SWATCHES AT SOTHEBY'S

It’s the biggest collection of Swatches in private hands – in the world.

An assemblage of more than 5,800 Swatch timepieces has sold for $6 million – at Sotheby’s in Hong Kong. 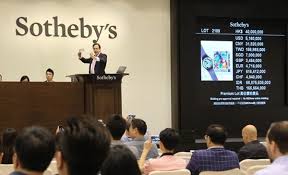 The winning bid came by phone from a European institution.

But he stopped in 2007 – because he ran out of space at home – and he put the collection up for sale because his children weren’t interested in it.

Dunkel says, “Now I can give them the money. I don’t need it. I have a house and a good pension from my years in the insurance business.”