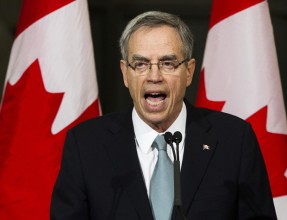 Finance Minister Joe Oliver has announced he’ll bring in his first budget April 21st and says it will be balanced. The budget is also expected to include a multi-billion-dollar package of family tax-and-benefit measures.  The federal budget usually comes before the end of the fiscal year on March 31, but it was delayed this year while federal officials assessed the impact of falling oil prices on Canadian finances.  Despite the loss of oil revenue, the Conservatives have promised all along to balance the budget which comes in advance of this fall’s general election.