Start ’em up and you can’t stop them. 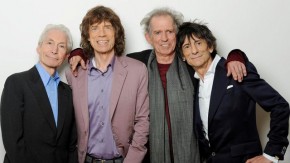 There are two other shows that fans in the GTA may want to attend – July 8th in Detroit, July 11th in Buffalo.

The stage design for the tour will include ”a thrust that extends deep into the audience allowing the Stones to interact directly with their fans.”

In a statement, Mick Jagger promises the show would deliver the hits.

”We are looking forward to being back on stage and playing your favourite songs!”

The tour will coincide with the re-release of their 1971 album ”Sticky Fingers” May 26th.