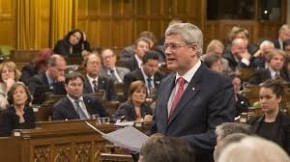 The House of Commons is expected to vote Monday night on the Harper Government’s proposal to extend and expand Canada’s military campaign in Iraq. Prime Minister Harper wants the mission extended by one year and expanded to allow Canadian war planes to strike targets in Syria as well as Iraq.   In addition, up to 69 special forces advisers will remain in the region to advise and assist Kurdish fighters in in their efforts to beat back the advance of terrorists from the Islamic State.  While the opposition has voiced its concerns, given the Conservative majority in the house, the motion is expected to pass easily.