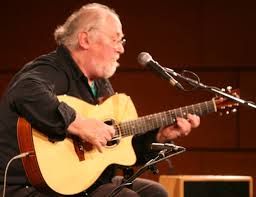 Masterful acoustic guitarist John Renbourn, a founding member of the Pentangle in the 1960s, has died at his home in Scotland. He was 70. It is believed Renbourn suffered a heart attack.  Renbourn teamed with the late Bert Jansch and others to form Pentangle, which enjoyed a wide reputation for playing both contemporary and traditional folk songs.  They played complicated ballads and folk tales from the Renaissance, bringing centuries-old music to contemporary audiences.