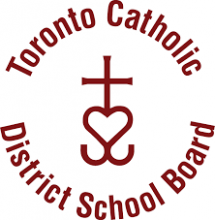 The Toronto Catholic District School Board is facing a much higher deficit for next year than previously thought.  At last night’s meeting trustees were informed the deficit next year has ballooned from just under $24 million $34.3 million.  Trustees will be back at work today trying to figure out how to deal with this.  The board’s director of education says the board is in a much more difficult situation than was previously thought and will have to look at additional reductions.  The result could be deeper program cuts and more job losses.