SUDANESE-CANADIAN DR. MAY HAVE JOINED ISIL 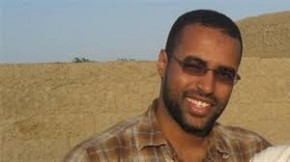 A Sudanese-born, Toronto man is believed to be in Syria as part of a group that apparently entered ISIL controlled territory to provide medical aid.  It’s unclear if the man, identified as Ismail Hamdoun, is actually part of ISIL or merely helping provide humanitarian aid. Hamdoun is a former student at Bloor Collegiate and the University of Toronto. He completed his medical studies in Khartoum.  It’s believed Hamdoun was among a group of students who crossed into Syria from Turkey. The group also included 11 people of Sudanese origin,  seven British citizens and one American.