The first cousin and last close relative of Anne Frank, who dedicated his life to the memory of Holocaust victims, has died in Basel, Switzerland. 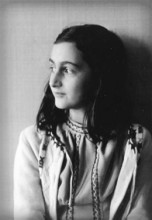 Anne Frank became famous for a diary she kept while her family went into hiding from the Nazis in Amsterdam when she was 13.

She died in the Bergen-Bergen concentration camp in 1945.

The son of Anne’s aunt, Elias presided over the Anne Frank Fonds, which holds the rights to her diary –  read by millions since it was first published two years later.

The foundation’s support for a wide range of charitable activities against any form of discrimination, racism and anti-Semitism was as important to Elias as safeguarding her diary, which was translated into about 75 languages.