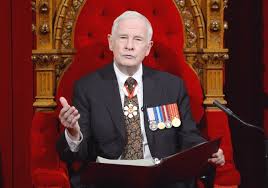 A feather in the cap of Prime Minister Stephen Harper.

The PM says Governor General David Johnston’s term of office has been extended to September 2017.

The GG was appointed to the vice-regal post in 2010 – for a term that is usually five years.

Harper says the extension will allow Johnston to take part in many of the events marking Canada’s 150th birthday – in 2017.

Before his appointment Johnston was an academic and university administrator.