A new book, to be launched this week, explores former British Prime Minister Margaret Thatcher’s religious faith and reveals how she modeled herself on actress Joan Crawford. 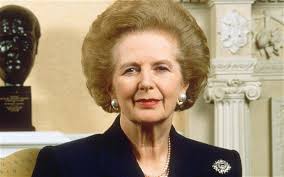 Dr Eliza Filby, a historian at King’s College IN London has published “God and Margaret Thatcher”, a meticulously-researched account of the beliefs that shaped the Iron Lady and how she in turn transformed the spiritual, cultural and political life of Britain.  Dr. Filby says Mrs. Thatcher was a queen bee who was not very keen on promoting or furthering the careers of any women in her cabinet.   Filby explains; Thatcher grew up in the 1930’s, when a lot of movies Thatcher watched starred feisty women who were literally banging Clark Gable on the head with their handbags.  Filby says she thinks Thatcher modeled herself on actress Joan Crawford.