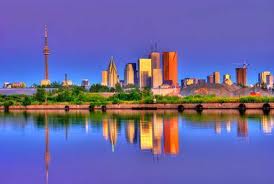 “Toronto the Good” is Toronto the old.  To be exact, the city is 181 years old today.  Toronto began as the Town of York which grew up around Fort York beginning in 1793.  On March 6th, 1834, the municipality was incorporated as the City of Toronto.  At the time, the city had a population of less than 30-thousand.   The highlights of the city’s first century include gas powered street lamps, installed in 1841.  In 1849, King’s College was renamed the University of Toronto.  In 1861 streetcar service began.  The first Eaton’s department store opened in 1869.  The CNE was first held in 1879 and in 1893 Union Station opened.