Did you crave healthy food this morning for breakfast, or did you go through a drive-through for something quick? 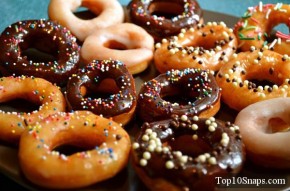 New research reveals people worldwide are increasingly hungry for junk food, even though there are more healthy options available than ever before.

A huge survey of eating habits in nearly 190 countries has found that even though people are eating more healthy foods including whole grains and fish, there has been an even bigger jump in the amount of junk food eaten.

And while Westerners are among the biggest eaters of junk food, people in China and India are catching up.

The study was paid for by the Bill & Melinda Gates Foundation and Britain’s Medical Research Council and was published online in the journal, Lancet Global Health, as part of an obesity series.