There were dramatic developments in Cairo Thusday as  a judge ordered the release on bail of Canadian Al Jazzera  journalist Mohammed Fahmy and his collague Baher Mohamad. 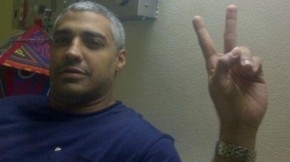 The decision came about an hour after the start of a retrial for both men who have been in prison for more than a year.  They, and an Australian colleague were convicted of helping the Muslim Brotherhood, which is outlawed by the current Egyptian government.  The judge hearing the case set Fahmy’s bail at the equivalent of about $41,000 pending the retrial later this month.  Australian Peter Greste was released earlier this month.