Irish author Anne Enright, who won the 2007 Booker Prize for her novel “The Gathering” in 2007, has been named Laureate for Irish Fiction. 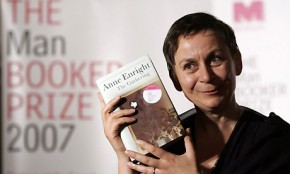 The 52 year old was selected from a prestigious shortlist which included the likes of John Banville, Sebastian Barry, Edna O’Brien, Roddy Doyle and Eimear McBride.  As part of her role, Enright will teach creative writing at University College Dublin and New York University. She will also will receive a $200 thousand bursary and plans on nurturing the short story during her time as Laureate.  Enright’s next book ‘The Green Road’  will be released in in May.