The significant dip in the price of gas helped slow Canada’s annual inflation rate last month to 1.5 per cent from December of 2013. That was down from the year over year increase of 2 percent set in November. 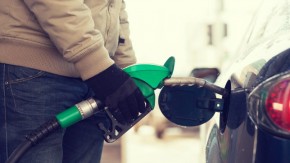 It seems gas is the only item that’s gone down in price.  The federal agency says consumer prices rose in the other seven categories

The “core inflation” measure, which excludes some volatile items such as gasoline, accelerated slightly in December to 2.2 per cent.