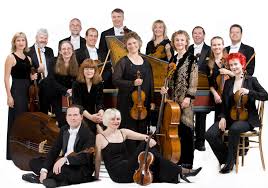 The early-music orchestra has been honoured with the 2015 National Arts Centre Award for Distinguished Contribution to Touring in the Performing Arts – in Canada and abroad.

To date, Tafelmusik has visited more than 350 cities in 32 different countries.

Next month, the orchestra tours a mixed-baroque programme to four cities in Southwestern Ontario – and will later travel to Australia and New Zealand with its multi-media concert “House of Dreams.”

Toronto audiences have a chance to catch that presentation in February.

“House of Dreams” will also be presented in Toronto from February 11th to 15th at Trinity-St. Paul’s Centre, Jeanne Lamon Hall.