The Associated Press Entertainer of the Year is a worldwide phenomenon. 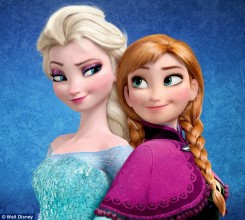 Disney has had a number of successful animated films over the decade. But Frozen has taken in more than $1.25-billion since its release late last year. It is the most successful animated film ever released and had enough staying power to win the vote total from A-P members and subscribers for top honours for entertainment, beating out a number of high-profile real-life challengers.

The film is so popular that its characters have replaced Barbie as the most-requested gift by girls. The Frozen soundtrack was also the year’s top-selling album on ITunes.