VISA, MASTERCARD TO CUT FEES CHARGED TO MERCHANTS IN CANADA

In a move that could save shoppers some money, both Visa Canada Corp. and MasterCard Inc. have agreed to reduce their Canadian credit card fees over the next five years.  The move will lower the rates paid to the credit card companies by stories. 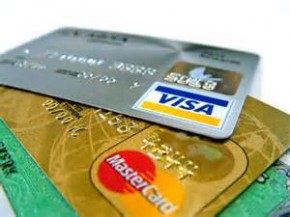 The two credit card giants have made separate voluntary proposals to cut so-called interchange fees down to an average of 1.5 percent through 2019. The fees are a significant revenue generator for Visa, MasterCard and the lenders that issue them.  They can represent as much as 3 percent of what a customer spends on plastic. The changes will come into effect by April of next year.  The reductions are the result of months of talks and negotiations between governments, banks and the credit card companies. Dan Kelly is the President of the Canadian Federation of Independent Businesses.  He says, “merchants have been forced to embed these rising fees in the cost of everything they sell, so reducing the cost pressure should help small businesses keep prices down.”