Secretary-General Ban Ki-moon says the number of cases is doubling every three weeks and is calling for a 20-fold increase in aid — almost $1-billion over the next six months — to tackle the worst-ever outbreak of the virus. 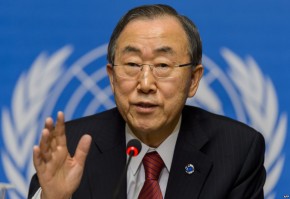 The U.N. chief told an emergency meeting of the Security Council today the epidemic in West Africa ”demands the attention of the world” and ”unprecedented” action.

He thanks U.S. President Obama for sending 3,000 troops to provide expertise in training and engineering, read the names of about two dozen other countries which have made contributions and urged all countries coming to the U.N. General Assembly meeting next week to do the same.