The Canadian Consortium on Neurodegeneration in Aging (CCNA) is a new collaborative research program focused on the growing onset of dementia and related illnesses.

Led by Dr. Howard Chertkow, a cognitive neurologist and co-founder and director of the Jewish General Hospital / McGill Memory Clinic in Montreal, the Canadian Consortium on Neurodegeneration in Aging brings together 20 research teams and experts from across the country to focus on research on three themes.

– Delaying the onset of dementia and related illnesses.

– And improving the quality of life of those living with these illnesses and their caregivers.

The CCNA is supproted with $31.5M over five years from the federal government through the Canadian Institutes of Health Research and a group of 13 partners from the public and private sectors, including the Alzheimer Society of Canada. 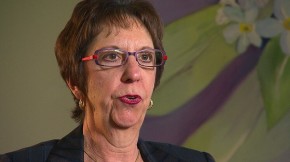 Society CEO Mimi Low-Young told the New AM 740’s GOLDHAWK FIGHTS BACK, ”what’s so exciting is that not only are people going to focus on their research in the areas that they’re expert in, but also an opportunity to share among the researchers, in other words those that sit in the lab and those that are actually caring for individuals with the disease, will be able to talk to each other.  And there’ll be an incredible transfer of knowledge from one area of research that’s being done to the other.  So they’re ability also to translate information that they learn to the public and also information that they can then use to help influence and help government make informed decisions.”

The announcement comes ahead of the Canada-France Global Legacy Event to be held in Ottawa, September 11 and 12.

It’ll bring together 200 experts from G7 countries and focus on building global academic-industry partnerships and promoting innovation in dementia prevention, treatment and care.