Toronto is home to the world’s second coolest neighbourhood.

At least, according to Vogue. 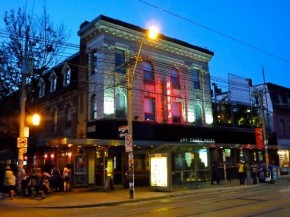 Vogue also says the stretch of Queen from Trinity Bellwoods Park to Dufferin is home to the Museum of Contemporary Canadian Art and the boutique Drake and Gladstone hotels.

West Queen West is the only entry from North America in the Top Five.

For the record, the magazine says the coolest neighbourhood in the world is Shimokitazawa in Tokyo.