The terrorist group Islamic State in Iraq and Syria (I-SIS) has purportedly released a video that shows the beheading of freelance journalist Steven Sotloff. 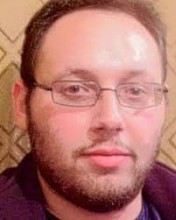 The video of reporter James Foley’s beheading released in August also showed Sotloff, warning he would be next if U.S. airstrikes continued.

In Washington, the White House said it couldn’t confirm the authenticity of the video.

The 31-year old Sotloff was kidnapped in Syria in August last year.

Just last week, his mother made a recorded video plea to her son’s captors for his release.