The family of American journalist James Foley is acknowledging that he has died.  And two U.S. experts say they believe Foley was the man executed by Islamic State extremists as shown in a grisly video released yesterday.  The extremists called the move retribution for U.S. airstrikes in Iraq. 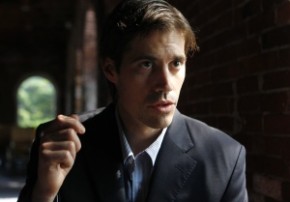 Foley’s family confirmed his death in a statement posted on a Facebook page that was created to rally support for his release.  Diane Foley, said her son “gave his life trying to expose the world to the suffering of the Syrian people.”

Foley was a 40 year old journalist from New Hampshire.  He went missing in November of 2012 in northern Syria while freelancing for AFP and the Boston based media company GlobalPost.  David Cuillier is the president of the Society of Professional Journalists and says people like Foley are to be admired for their dedication.  “I know many people like him, including some of my students at the university where I teach,” Cuillier told CP24, “They’re running around the Middle East right now doing the same thing, and I fear for their safety because it is dangerous work.  But they have this passion, this will, to seek out information that will help people.”